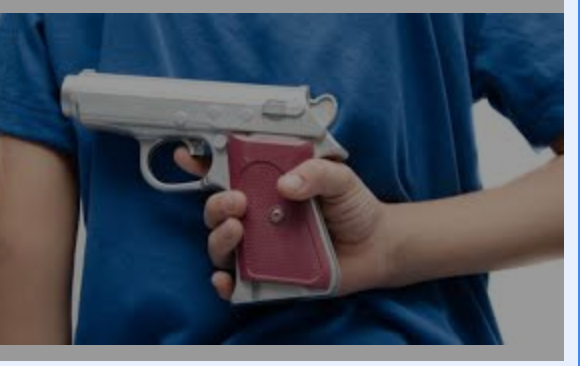 When my kids were little, I taught preschool and kindergarten.  I saw many kids from different backgrounds in my work.  This was over 40 years ago.

The discussion of gun play in early childhood persists, as evident by Facebook teacher sites, and the controversy I discovered as an educator and parent has not changed, even in the face of today’s violence.

As a parent, I did not want guns of any kind in my home.  My position was that the gun itself inspires violent play, and I did not want that to intrude on the children on my watch.  Children will always use their imaginations to create whatever play objects they require, and even a piece of toast manifested as a gun during breakfast at our house.

Last week, I took my granddaughter to Target to spend a $20 cash birthday gift from a relative.  She bought an umbrella, a stuffed animal, and a “magic, transforming” sword and shield, from the sale table.  The sale toy was a replica taken from a cartoon character, a dark-skinned princess with special powers who helps to solve problems in the world.  I was so conflicted!!

As a mom of both boys and girls, and now a grandmom of a boy and girl, I see that the world is different for each.  Girls receive the message to be quiet, pretty, and subservient, and boys are acculturated to amass power.  Even in 2019.  So I acquiesced.  And a toy modeling a powerful, strong, non-white heroine was a plus for me.

But.  When the toy came home, I immediately saw the transformation not only of the flower to the shield, I saw two kids playing happily to two who were in conflict.  As a caregiver of two children, I could decide to monitor the play and use it as an opportunity for a lesson.  For the meantime they are stored “up high.”

I don’t pretend to have all the answers, but I know a topic for a good debate when I hear one.  Feel free to share.

My pacifist inklings say that there is enough violence in the world.  When kids are at school and at home there are different dynamics.  So for now, I say, “No guns.”